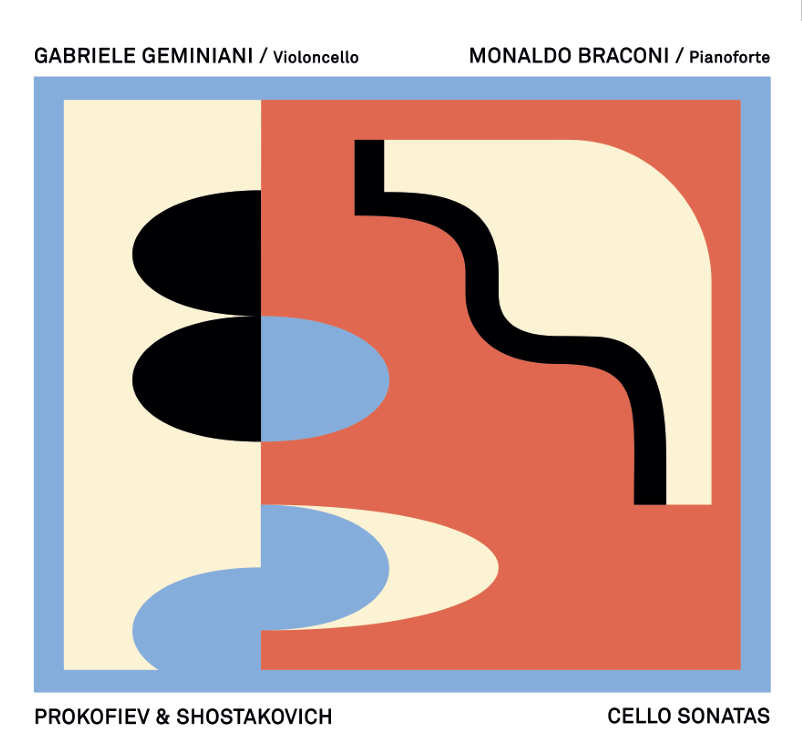 The album, recorded in May 2021 at the Teatro Unione in Viterbo, is entirely dedicated to what are considered among the most beautiful pages of the chamber music repertoire: the "Sonata in C major" opera 119 by Sergei Prokofiev and Dmitri Shostakovich's “Sonata in D minor” opera 40.

A project that shows the strong bond that the two interpreters have with Russian music: in 1997 Gabriele Geminiani at the international competition “M. Rostropovich "in Paris was awarded the special prize for the best performance of the piece" Spins and Spells "by K. Saariaho and in October 2002 he was invited to perform, also in Paris, on the occasion of the 25th anniversary of the establishment of the competition, under the direction of Rostropovich himself; Monaldo Braconi lived for several years in St. Petersburg, where he completed his studies with Maestro Oleg Malov at the Rimsky-Korsakov Conservatory. Braconi, commenting on the Sonatas, states: “melancholy, depth and, at the same time, majesty emerge; they are sonatas that seem to start from some gray tones that suddenly become full of strong tones, of bright colors. It is a great, immense, powerful music, full of profound meanings that can certainly be fully understood only by deeply experiencing Russia and the Russians ".