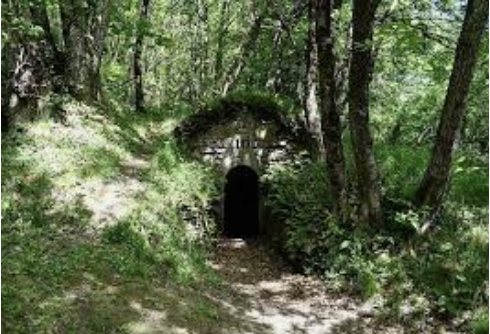 A new video for "Pontassieve | a musical map", a project by NovAntiqua Records and the Comune di Pontassieve is available on:
https://youtu.be/TuUtR9ix8LA
In the "a musical map" project the NovAntiqua artists make you discover attractive sites in Pontassieve, a small town located in the countryside near Florence.
In this new video, the harpsichordist Mario Sollazzo plays an "Aria alla Francese” from the anonymous manuscript D.2534 (Library of Conservatorio di Musica in Firenze)
Mario Sollazzo, clavicembalo
Recorded at the "Sentiero delle Burraie", Pontassieve
---
SENTIERO DELLE BURRAIE
(TRAIL OF BUTTER GROTTOS)
In northern countries in order to obtain butter, after the cows were milked, the milk was left to settle in a cool place, in shallow dishes, setting dishes or pancheons, so the cream would rise to the top.
In Italy it was difficult to have such temperatures, that's why the "Burraie" were built. This small buildings wre the country folks "fridges", used to produce butter but also to keep food cool in the summer. Designs vary, but essentially it was storage space often set in the hillside with stream water running through. As the water ran through a series of stone sinks with wooden shelves above, it evaporated and lowered the air temperature, keeping it under 6-7° in summer.
The burraie remained in operation until 1940. Some years ago the Municipality of Pontassieve restored it and returned the flow of water to the tanks; the Club Alpino Italiano, the senior Italian alpine club, recovered the loop path, that is is 16 km long and with an altitude difference of 950 meters.
"A Musical Map" is a project by NovAntiqua and Comune di Pontassieve.
Video maker: Giacomo De Bastiani.
Special thanks to Giotto in Musica, MAR Musica Arte Ricerca, Publiacqua and Cittá Metropolitana di Firenze.
@publiacqua Publiacqua SpA Giotto in Musica @Met - Città Metropolitana di Firenze Giacomo de Bastiani Mario Sollazzo
Posted in :