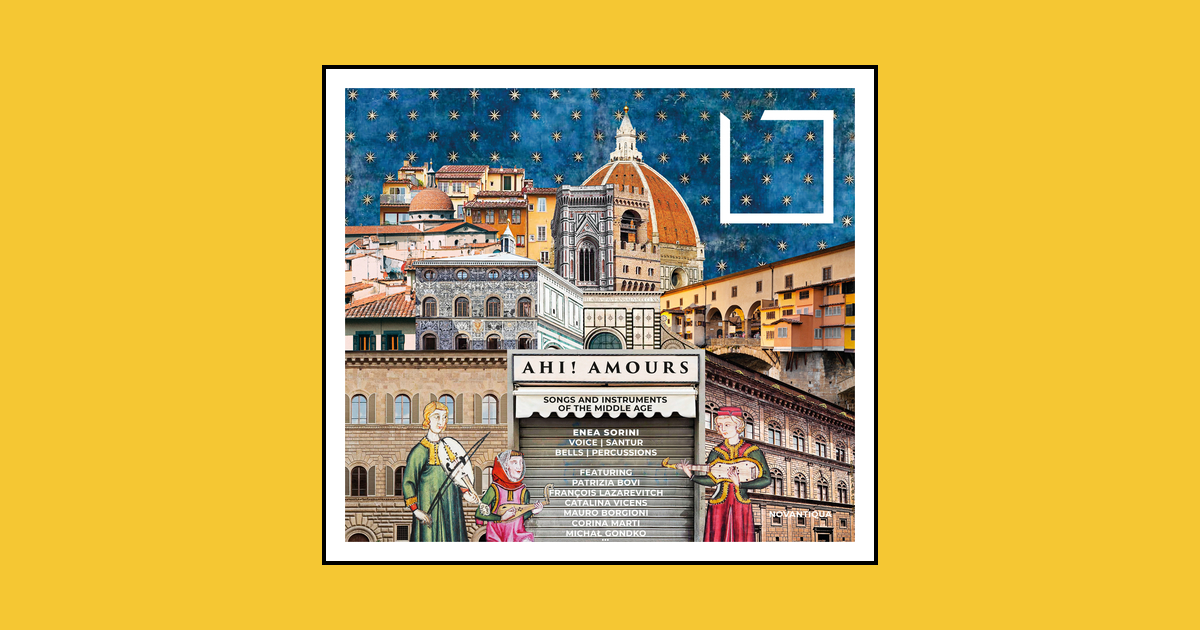 Songs and instruments from the Middle Age

This recording includes several pieces of medieval music, fragments of centuries-old practices from every corner of an incredibly wide map. The voice, which is the most important instrument of the Middle Ages and the real common thread between tracks, narrates this kaleidoscopic experience. It is accompanied by ever-changing instruments and musicians, and it guides the listener to the discovery of the many facets of ‘medieval music’. It is an inevitably partial narrative of those crowded centuries, but it aims to provide a clear image of that period through the performance and choice of 17 pieces, and through the analysis of the instruments used.

The peculiarity of this recording is to host and bring together in a single project many of the greatest interpreters of the current medieval music scene. The initial idea was to combine Enea Sorini's voice with a single instrument, different from track to track (only the harp and the portative accordion can be heard in two tracks), asking friends/colleague musicians to play the instrument (or more than one, in some cases) that most distinguished them. Therefore, each track is performed exclusively as a duo, which allows the listener to hear every instrument in all its nuances; in some cases, in addition to singing, Sorini also played the psaltery and the percussions.