FANTASIESTÜCKE, the new cd by IVANO LEVA and MARIKA LOMBARDI is ONLINE! 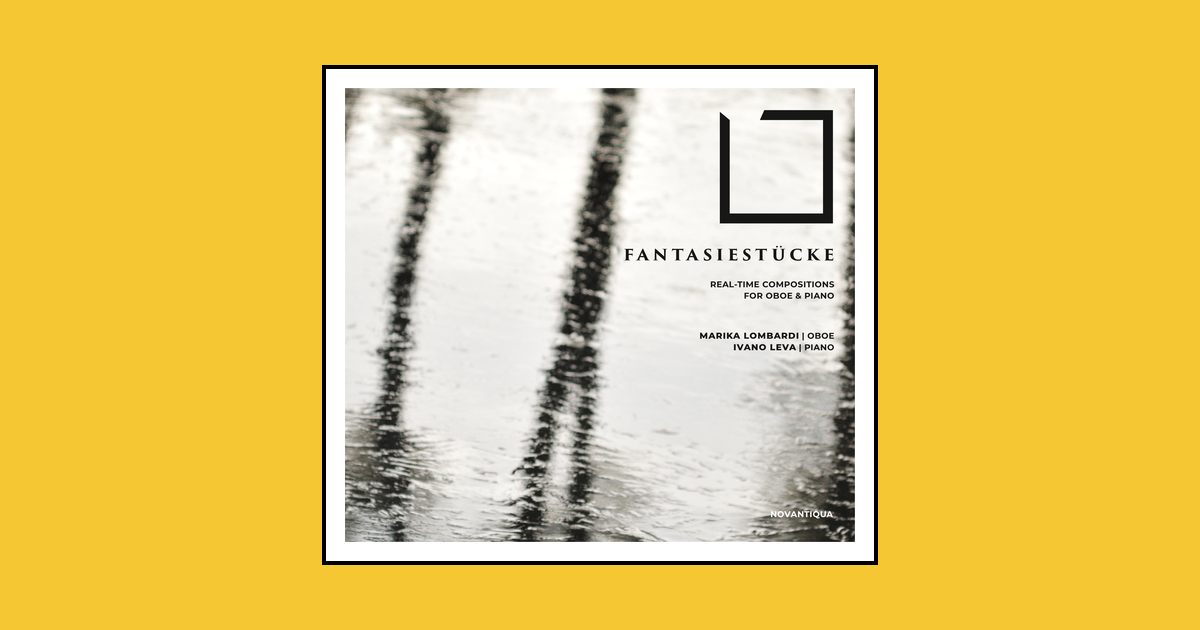 Realtime compositions for oboe and piano

No one better than the composer can tell us about this new Novantiqua adventure:

"It was through the very particular phenomenon of conceptual osmosis that I was flashed by the idea of this new and exciting recording adventure undertaken with the oboe player and longtime friend Marika Lombardi – this osmosis represents in my opinion one of the most surprising and stimulating aspects of making art. It was the period when I was with a clarinettist bringing on tour a chamber repertoire that included Schuman's Fantasiestücke and it happened that the concept of piece of “phantasy, immagination” for chamber duo stuck on me, bringing to my mind also the idea of improvisation. I immediately tried to develop a wider perspective vision that did not only consider the morphological idea of a piece with a defined instrumental layout. It should investigate different conceptual interpretations of the Schuman ‘s “phantasy piece”, as well as the parallels between my inner world and the one of the gifted German composer that has reached us through the corpus of his works and his critical essays. Thus, I united in a common thread the idea of Fantasiestück, meant as a piece aiming at creating an imagination by directing it towards a reference - be it visual and real or conceptual and abstract - to the creative universe of improvised composition, holding them together thanks to the common denominator of a single inspirational source - what I identified in Marika’s wonderful photos. Pictures that, according to a unanimous opinion, represent subjects able to abstract themselves from their own being real, generating creative ambiguities of interpretation.

The reference to Schumann's universe lead me to a subdivision of the photographic subjects into two different categories: the Eusebios (the reflective and shy things) and the Florestanos (the impetuous and exuberant subjects), with an obvious reference to the two alter egos in which Schumann usually identified.

This preliminary classification then flows into an evaluation that is in my opinion the most interesting part of the whole concept, that is: there is nothing in reality that is totally Eusebio or totally Florestano, as portions of both coexist in each of us, and it is as if every object/subject/piece/characteristic were actually a mediation between these two opposites, an average mathematical value that Schumann himself metaphorically identified with the figure of a third alter ego, the Maestro Raro. Practically it is as if all the photos (and the improvisations originating from them) were actually the Maestro Raro, though their appearance as Eusebio and Florestano. In my view this also takes the form of an admonishment to the modern society that, despite all the speeches about balance dominating as following a trend, has totally lost the gentle beauty of meditation, ending up by praising the barbaric abuse practised in the name of “all and now”, of the hysterical and frenzied running, thence mortifying the care of time and the sense of memory."