MOZART IN FLORENCE, 250 hundred years ago... 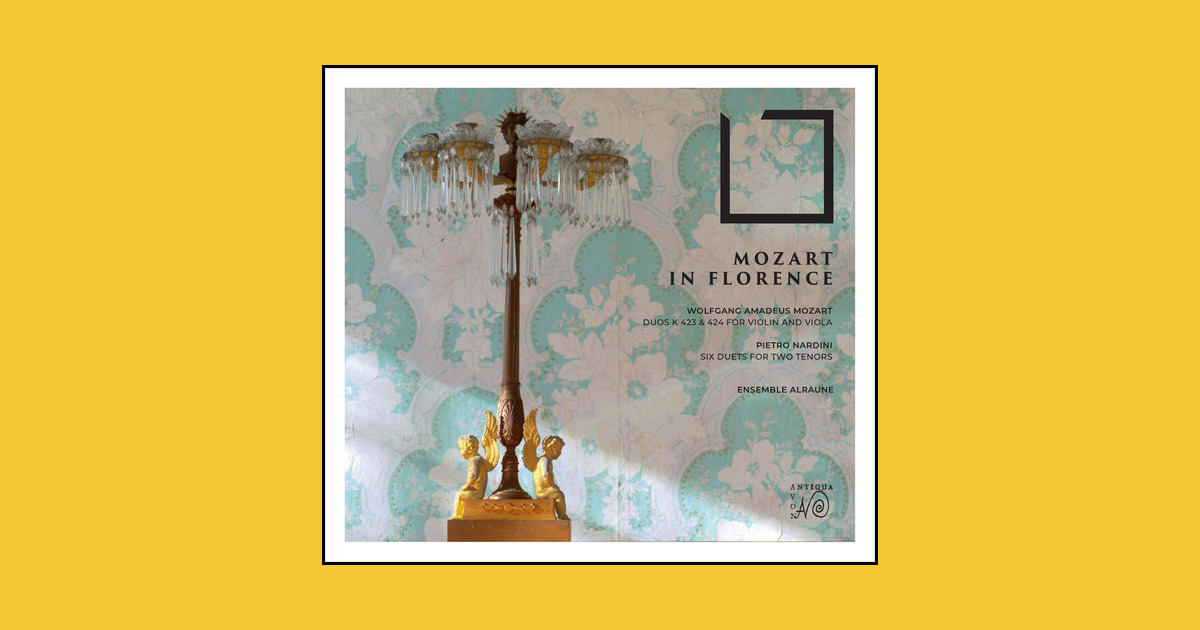 The Alraune Ensemble remembers this journey with a cd dedicated to the duets of W.A.Mozart and P. Nardini for NovAntiqua Records.

Not many testimonies remain of Mozart's only passage in Tuscany. In addition to Leopold's letter to his wife, which ends with the famous phrase «... I would hope that you could see Florence, the whole territory and the position of the city with your own eyes  You would say that one should live and die here…", the Gazzetta Toscana dated April.7 1770 described the event without particular emphasis: "Being in Florence last Monday, Mr. Volfang Motzhart [sic], an excellent harpsichord player in the current service of His Highness the Bishop of Salzburg, had the honor of being heard at court where he received applause thanks to his skill. He does not go beyond the age of thirteen, and is so well founded in music, that two years ago he composed a drama, which was performed in Vienna. […] The most knowledgeable Professors do nothing but admire this young man, recognizing in him the rarest ability to profit as much as possible in this art ».

The most intimate and profound testimony on the short visit of the Mozarts is that left by the promising English violinist Thomas Linley, who died prematurely in a boat accident. The same age as Wolfgang, "Tommasino" was in Italy to study with Pietro Nardini: the two boys met in the living room of Corilla Olimpica and immediately became friends, often playing together in the following days. The friendship born between the two boys and the spontaneity of these musical moments greatly impressed Leopold Mozart who, once in Rome, wanted to describe the particular encounter to his wife, specifying that the two young people had played together "not as boys, but as men".

The Alraune Ensemble remembers this journey with a cd dedicated to the duets of W.A.Mozart and P. Nardini for NovAntiqua Records.