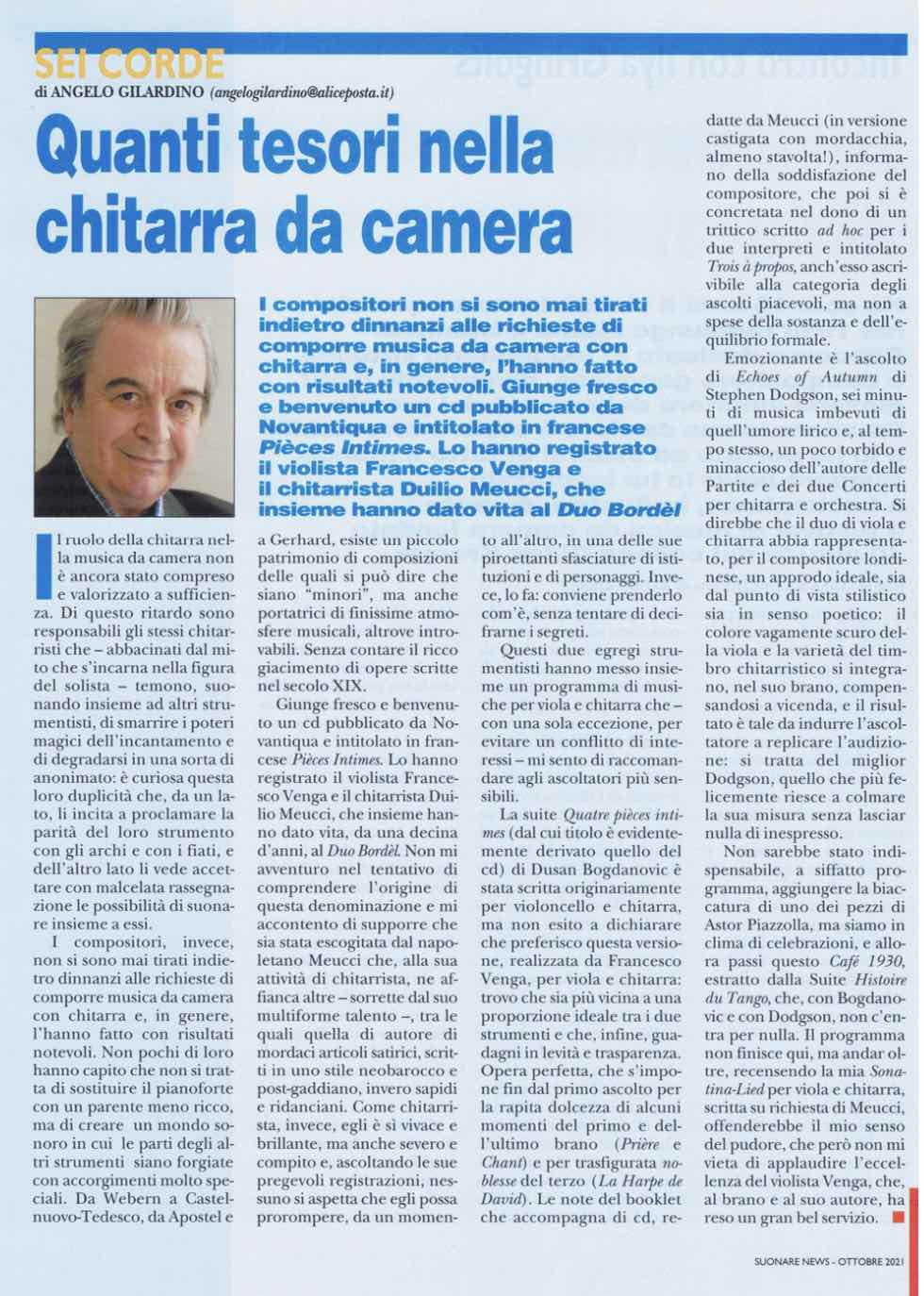 On SEI CORDE, a very positive review for PIÈCES INTIMES, the new cd by DUO BORDÈL

﻿﻿A very positive and friendly review to DUO BORDÈL, with Francesco Venga on viola and Duilio Meucci on guitar for their new cd PIÈCES INTIMES by Angelo Gilardino.

Well, Professor Gilardino is THE Italian guitarist: his concert career, which lasted from 1958 to 1981, had a great influence on the development of the guitar as an instrument in the ‘limelight’ in the twentieth century. Indeed, he gave premiere performances of hundreds of new compositions dedicated to him by composers from all over the world. In 1967 Edizioni Musicali Bèrben appointed him to supervise what has become the most important collection of music for guitar of the twentieth century and which bears his name. Artistic director of the “Andrés Segovia” Foundation of Linares, Spain, he has written and published biographies of Andrés Segovia and Mario Castelnuovo-Tedesco, and two books dealing with the principles of guitar technique. He has published a handbook for the benefit of those composers wishing to write for the guitar but who are not familiar with the intricacies of this instrument. He has also published a handbook of guitar history.

"These two extraordinary musicians have put together a program for guitar and viola that I would recommend to the most sensitive listeners".

So... what a better start for Francesco Venga and Duilio Meucci!