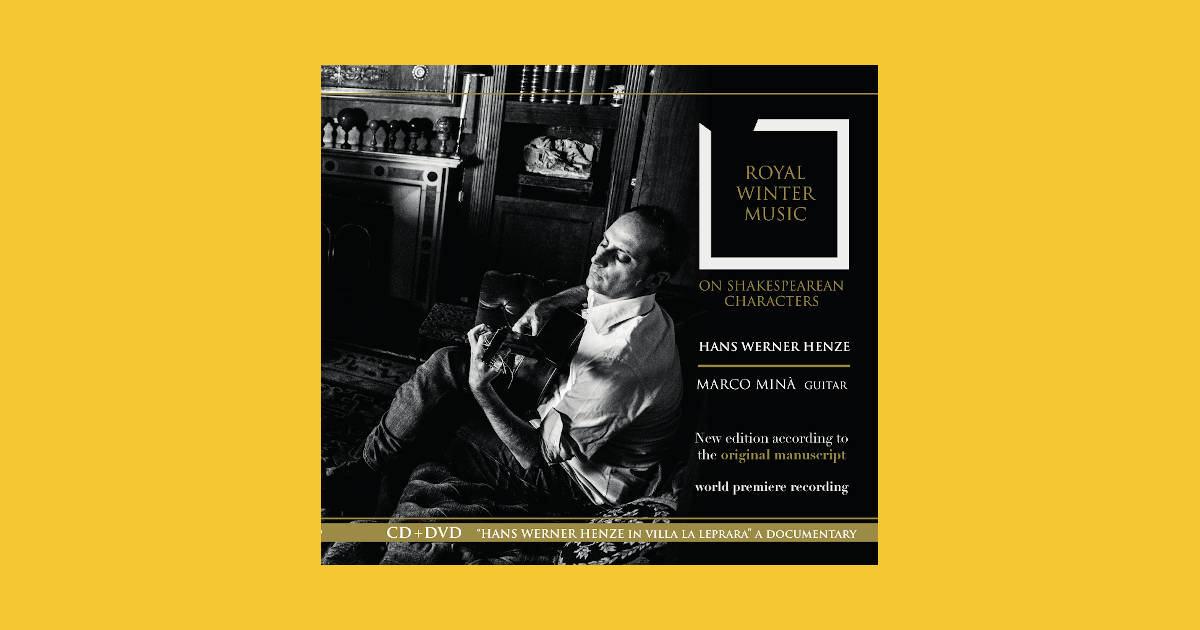 ﻿In 1990, guitarist Marco Minà met Hans Werner Henze, which was no easy task, even though they lived quite close to each other. Minà had studied the guitar at the 'G. Verdi' Conservatory in Milan and was completing his studies in Aesthetics and History of Music at 'La Sapienza' University in Rome. At the time, he was preparing his thesis on the Royal Winter Music, which he had already performed several times. While performing the work for the Maestro at that time, he already wondered and shared with him the hypothesis of some "foreign bodies" in the printed score. This first meeting was followed by many others both at Villa La Leprara, Henze's home in Marino, and in London, where among other things Henze listened to the Sonata II in Minà's interpretation at St Martin-in-the-Fields. On several occasions the guitarist was also invited by Henze to play in concerts at La Leprara.

Like other colleagues before him, Minà, in planning the recording, went to study the autograph of the Royal Winter Musicat the Paul Sacher Foundation in Basel. The planned one day study turned into a whole week of intense work because of the sensational discoveries made seeing the manuscript, among the most obvious being the exchange, in Sonata I, between the third and fourth movements, Ariel and Ophelia. This was followed by the discovery of over 300 further changes made by Julian Bream - to whom the Santas were dedicated -  to the autograph, which partly affected the atmosphere of the music and the character of the portrayed Shakespearean characters. These were therefore serious interventions in the dramaturgical and narrative architecture of Henze's music. The notes had often been modified in such a way as to render the original musical structure partially unrecognisable.

For the tenth anniversary of Henze's death in October 2022, under the patronage of the H. W. Foundation. W. Henze Foundation and the P. Sacher Foundation, both the CD and the new  critical printed version for Schott will be released. The CD will include a booklet of photos by Fabio Mantegna taken at Villa La Leprara and a DVD of about two hours, also filmed at La Leprara, Henze's historic home, a unique document about a house that has now been sold and stripped of its furnishings, paintings and everything. In the documentary, Henze's life is intertwined with the places, the musical production and the encounters made by the composer. The film reveals the emotion and gratitude for such an important and precious friendship.