PONTASSIEVE | A MUSICAL MAP, a new episode from Pieve di LUBACO, on our YouTube channel from 5 p.m. today! 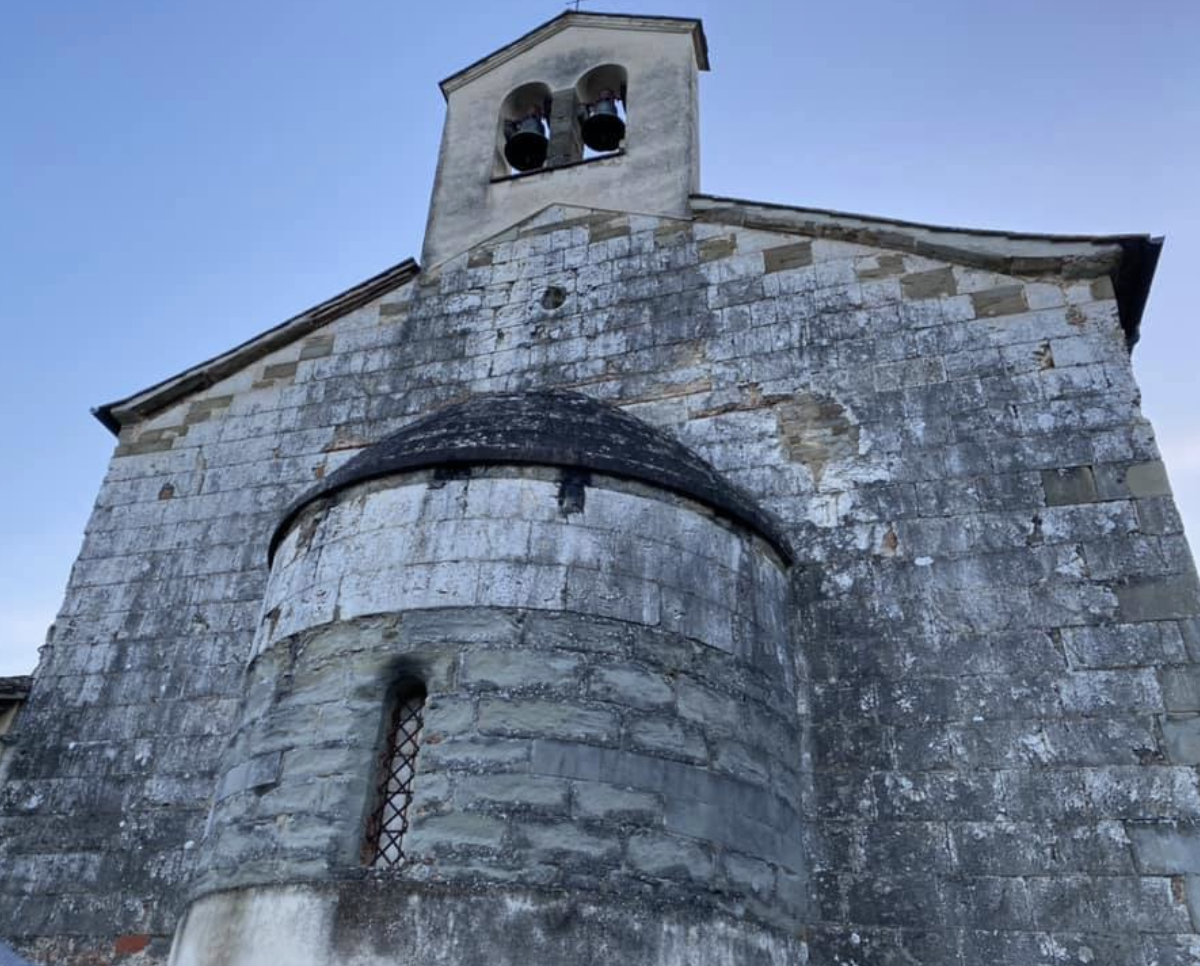 PONTASSIEVE | A MUSICAL MAP, a new episode from Pieve di LUBACO, on our YouTube channel from 5 p.m. today!

PONTASSIEVE | A MUSICAL MAP
In the "a musical map" project the NovAntiqua artists make you discover attractive sites in Pontassieve, a small town located in the countryside near Florence.
---
JOHANN SEBASTIAN BACH (1685-1750)
Sinfonia from the Cantata BWV 18 "Gleichwie der Regen und Schnee vom Himmel fällt"
(Weimar version)
ENSEMBLE ALRAUNE
Stefano Zanobini, Caterina Cioli, Caterina Bernocco, Clara Franziska Schötensack | violas
Augusto Gasbarri | cello
Pietro Horvath | double bass
Giulia Breschi | bassoon
Mario Sollazzo | cembalo
on period instruments
---
PIEVE DI LUBACO
The San Martino a Lubaco church stands by the crossroad with the old road connnecting the ancient colonies of Monteloro, Pagnolle, Santa Brigida, Fornello, Doccia and Montefiesole. The place name “Lubaco” probably comes from the Latin adjective “opacus”, that is, “shady”, likely because of its hidden position on the western side of the hill. The building was erected on the foundations of an older minor church and gained the title of “Pieve” (parish church) only in 1526. It has a Romanic structure without columns (they were destroyed in the 18th century). The main entrance presents a descending staircase to enter the building. It is a rare example of a sacred building which you enter by “walking downstairs”. In the middle of the right wall you can find the 11th century baptistery, carved out of a single piece of stone. The sober building has one central aisle and is closed by an apse. A copy of a painting by Benedetto da Empoli and a painting portraying the Saints Domenico and Agostino by an unknown Florentine painter of the 17th century hang on the bottom of the apse. Above the main entrance you can admire two paintings by Silvestro Pistolesi. These are the portraits of St. Martin (outside) and a holy Eucharist (inside the church). The main entrance also presents a big rose window in glass and lead with the image of Martin, the Pa-tron Saint. The roof by the apse is sur-mounted by a belfry with two bells.
---
JOHANN SEBASTIAN BACH
Bach composed Gleichwie der Regen und Schnee vom Himmel fällt (Just as the rain and snow fall from heaven) in Weimar likely by 1713.
The cantata is based on a text by Erdmann Neumeister published in 1711. The text cites Isaiah, related to the gospel, the parable of the Sower. The third movement is in the style of a sermon, combined with a litany by Martin Luther. The closing chorale is the eighth stanza of Lazarus Spengler's hymn "Durch Adams Fall ist ganz verderbt".
Bach structured the work in five movements, a sinfonia, a recitative, a recitative with chorale, an aria and a closing chorale. He scored it for three vocal soloists, a four-part choir only in the chorale, and a Baroque instrumental ensemble which is unusual in having violas but no violins (in a similar orchestration, the Brandenburg Concerto No. 6 also omits violins). The instruments originally specified were four violas, cello, bassoon and basso continuo. When he performed the work again as Thomaskantor in Leipzig, he added two recorders to double viola I and II an octave higher, thus creating a lighter sound overall.
---
ENSEMBLE ALRAUNE
https://www.ensemblealraune.com
Alraune is an ensemble founded by Mario Sollazzo and Stefano Zanobini with the aim of bringing together in a single group the eclectic characteristics of the two founders. Founded on a group of five musicians in addition to other collaborators for individual projects, the ensemble has as its guiding principles a great openness to a wide repertoire, the absolute attention to historical informed performance, the study of the sources, long-term and multidisciplinary projects. This brings to a natural interest in performing on original instruments and a very personal dimension of musical interpretation that is reflected in the formulation of the programs and in the interpretative line.
Alraune’s work follows two main lines: the performance on original period instruments and research projects guided by a humanistic and political principle.
Here some recordings by NovAntiqua with Alraune:
NA11 | Le Fate by Giovanni Alberto Ristori
2 DVD with the film "Le Fate |1736" by Anton Giulio Onofri about the baroque Teather in Gotha and the full stage recording of "Le Fate" by Giovanni Alberto Ristori. First world recording.
NA41 | Strues
The Vinyl with Anna Fusek & Ensemble Alraune. Strues was the Latin term that defined an accumulation, a stratification, an overlap, it was the name of a sacrificial cake but also the future of the verb to build.
NA39 | Pergolesi | San Guglielmo d'Aquitania
The first world recording of the Masterpiece by Giovanni Battista Pergolesi on 3CDs.
Click here to watch the trailer
Monica Piccinini | Mauro Borgioni | Federica Carnevale | Caterina di Tonno | Carla Babelegoto | Mario Sollazzo
Ensemble Alraune
---
SPECIAL THANKS
"A Musical Map" is a project by NovAntiqua and Comune di Pontassieve.
Video maker: Giacomo De Bastiani.
Special thanks to Giotto in Musica, MAR Musica Arte Ricerca, Publiacqua and Cittá Metropolitana di Firenze.